When Aref Chowdhury (PhDEE ’01) was hired by the storied research firm Bell Labs, then part of Lucent Technologies, in 2001, his boss and renowned optics researcher Dick Slusher gave him one piece of advice. “He said: ‘I don’t care what research you do. But whatever you do, make sure you’re the best in the world at it.’ And with that, he sent me off,” remembers Chowdhury, who has spent that last two decades at the company, now known as Nokia. “Those words stuck in my mind. That’s an aspiration and a high bar. That is something I continue to strive
for and still guides me.”

Chowdhury is currently Vice President Strategy and CTO, Network Infrastructure at Nokia and serves as chair of the ECE advisory board. From an early age, he knew he wanted to be an engineer and attended Stony Brook University as an undergraduate, where he was inspired by a course on optics. After working for Alcatel in Bangladesh for a couple of years after graduation, he came to UW-Madison to pursue his PhD in 1997, focusing on nonlinear optics with Professor
Leon McCaughan.

He was then recruited by Bell Labs, where for almost seven years Chowdhury did fundamental research in nonlinear optics and its applications. He made good on Slusher’s request to be the best in the world, making many advances in the field. In 2004, he was honored with an MIT young innovator award. Years later he was also honored as a Bell Labs Fellow (2016) and OSA (now Optica) Fellow (2017).

In 2008, he decided to take a position in intellectual property and standards at the company. That, as well as his research background, prepared him to take on the role as CTO Optics a couple of years later. Now in his current role leading Strategy and CTO for Network Infrastructure, he helps guide the commercial development of IP routing, optical and fixed networks technologies. “In this position, you come across cool technology both internally and outside the company,” Chowdhury says. “You then have to envision whether this would be adopted by the market or why it wouldn’t succeed. That has been a learning experience, and I’ll humbly say that’s a skill that gets developed and honed every day.”

Chowdhury says his ECE experience helped lay the foundation for his success, and he hopes he can ensure the same experience for current and future students as well. “I think students from Madison come with a great foundation,” he says. “They have the preparation and background to do great things. And so, we want to make sure we prepare them accordingly.” 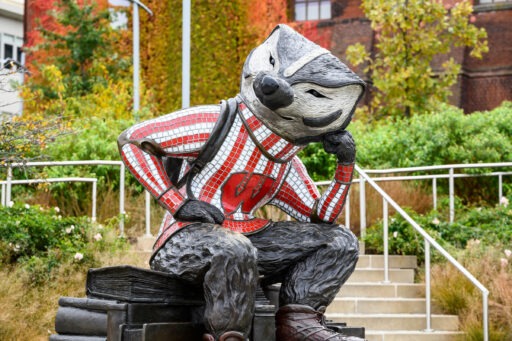 ECE Alumni – Share your experience with our current ECE Badgers!