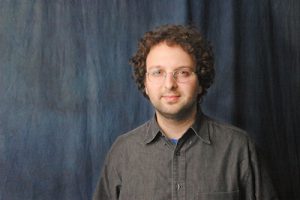 We see the world in a certain way: The sky is blue, grass is green, and so on.

Yet, the colors we humans can see are but a small part of the story. “Ability to see color,” says Mikhail Kats, “is not an ability to see spectrum. A spectrum has lots more information.”

An assistant professor of electrical and computer engineering at the University of Wisconsin-Madison, Kats aims to enhance the spectral information available to healthy human eyes.

Humans with normal vision see color through millions of eye cells called cones, which respond to the wavelengths of light reflected back to us from nearly everything we see. Most people have what’s known as “trichromatic” color vision; in other words, we have three types of cones, each sensitive to a different range within the visible spectrum, roughly corresponding to either red, green or blue.

Already, Kats and his students have developed glasses that “refine” a wearer’s color vision, enabling that person to differentiate color in objects that, without the glasses, might appear to be the same color, but actually have a different spectral composition.

Enhanced color vision could be useful in a range of situations, he says. “You could look at a $20 bill and know that it’s counterfeit, or see that a piece of fruit is about to spoil,” says Kats. “You could visualize data, or create and enjoy art in new ways.”

In the future, Kats hopes to take the concept of enhanced vision to a whole new level. “We want to design a passive aid that gives people the ability to see outside of the visible spectrum, in particular, in the ultraviolet or infrared,” he says.

That’s a more dramatic change to vision than simply parsing the visible spectrum into more pieces, he says. But the ability to view chemicals, contamination or an enemy could have a major impact on, for example, the security of our military personnel.

The AFOSR award, says Kats, represents a major step in his ability to explore some of these very technically challenging ideas. “Until now, we have never been funded to do vision-enhancement research,” he says. “This award is not the end of the research. It’s not even the middle.”