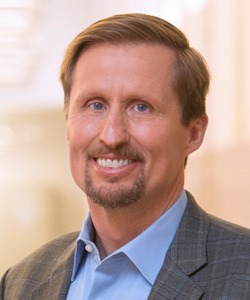 Each year, the College of Engineering recognizes outstanding alumni during Engineers’ Day—a celebration of engineers, held on Homecoming weekend. Tom Werner is among the engineers we will honor in 2019 at an Oct. 11 banquet.

Before the end of Tom’s senior year of college, General Electric had hired him to participate in a management program at its massive location in Cincinnati, Ohio. Not only did his position give him the comfort of knowing he’d have a job after graduation, but participation in the program also helped him focus his professional goals—one of which was to take a company public.

He achieved that goal in 2005—just two years after he took the helm of SunPower, a small solar technology company founded during the oil crisis of the 1970s. When he began as CEO in 2003, the company had 35 employees; today, it has a workforce of more than 7,000 worldwide. And, as a world leader in solar efficiency and sustainable manufacturing practices, it provides innovative energy solutions for residential, business, government, schools and utility customers around the globe.

We are honoring Tom for innovations in solar technology that have transformed the global energy industry.

I went to middle and high school in New Berlin, outside of Milwaukee, and UW-Madison was considered sort of the brass ring, as we call it in Silicon Valley, or the big deal. And truth be told, my father filled out my applications, including one for Madison. So it would be fair to credit him for me going to Madison.

I was good in math and reasonably good in sciences. My father was a sales guy and two of my three brothers were in business school at the time. And my father thought industrial engineering capitalized on my math ability not only in engineering, but also had a business element to it.

The first semester was a real eye-opener. I breezed through high school, and my first semester was not a breeze. That experience motivated a new work ethic and to compete. At the time, they would post grades and show everybody’s grade. That changed the way I prepared and how I managed my time more effectively.

What advice would you give to students today?

What are some of your best memories from your time at UW-Madison?

On the social side, football and hockey and the pre- and post-game fun associated with that. And then on the educational side was statistics, probability, electrical engineering, linear programming. My grasp on those has paid off—so I have fond memories of the effort of the results, but maybe not the process itself.

I’ve done probably well over 100 triathlons, including international, half Ironman and four Ironmans. That’s consumed most of my hobby time. I love to read. And I’m a grandfather, so I dedicate time to that.

My wife, Suzanne. Two daughters, Jessica and Katie, and their families.

Is there anything else you’d like to tell us about yourself?

Everybody knows I’m a Badger. At sporting events, I randomly yell, “Go Badgers.” My two sons-in-law: They’re Badger fans because they have to be.