Originally from California, Kummert moved to Wisconsin to pursue her undergraduate education at UW-Madison. Kummert says moving to Wisconsin was an easy choice — when she visited campus for the first time, it was an environment she could really envision herself in. Most importantly, it felt like the right decision to make and that feeling pushed her to Madison.

Kummert initially came to UW-Madison to study mechanical engineering, but upon completing her first-year courses, found she wasn’t as interested in Mechanical Engineering as she thought. During her second semester she took statics, her first theoretical engineering class, which she deeply enjoyed. Between that class and her enjoyment of understanding engineering through math and theory, she was motivated to pursue Engineering Mechanics, rather than Mechanical Engineering. When she consistently found herself taking elective courses that were geared toward the Aerospace Engineering option, adding that on to her degree seemed like the natural choice. After graduation, Kummert hopes to go into industry in an analytical field for a bit, though she hasn’t ruled out the possibility of returning to school for a master’s or even a PhD.

The Mary Baker Scholarship is a $5,000 annual scholarship for Engineering Mechanics students in good standing. After her freshman year, Kummert experienced some life changes which impacted her financial situation. She says, “This scholarship not only helps me complete my studies, but also allows me to return to a place that I enjoy spending time in.”

The Mary Baker Scholarship was started in honor of alumna Dr. Mary Baker who passed in September 2021. Baker received her B.S. in Engineering Mechanics from UW-Madison and went on to earn her M.S. and Ph.D. from California Institute of Technology (Caltech). She was an expert in the application of computer methods to structural dynamics and continuum mechanics. In 2000, Baker co-founded ATA Engineering, where she helped the company become a leader in the design, testing, and analysis of aerospace systems. Throughout her career, she served on teams that brought new methods in structural dynamics to aerospace projects. She held a leadership role in the development and support of the Space Shuttle and the International Space Station, loads analysis on the Mars Curiosity rover, and structural evaluation of the James Webb Space Telescope. 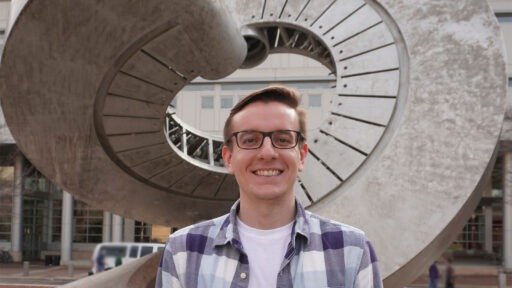