If there’s one thing Professor Jingshan Li knows, it’s the importance of collaboration.

Li, an expert in the field of operations research and faculty member in the Department of Industrial and Systems Engineering, retired from the University of Wisconsin-Madison in September 2021.

Li began his career in the manufacturing segment, working extensively with Chrysler and Ford plants while earning his PhD from the University of Michigan. From there, he spent time working for General Motors in its research division, before helping Toyota while serving as an assistant professor at the University of Kentucky. In 2008, Li began to collaborate with the University of Kentucky Hospital to improve efficiencies in its emergency department, an experience that marked a shift in his work to include a new focus on health systems engineering.

His research analyzing workflow has enabled healthcare providers to reduce physician workload and improve overall efficiency. His application of machine learning techniques to healthcare challenges has proven beneficial to identifying critical factors impacting the risk of patient readmission after hospital discharge. In fact, Li’s work in healthcare became such an important part of his portfolio that in 2017 he was named associate director of the newly formed Wisconsin Institute for Healthcare Systems Engineering.

Li credits much of his success to his fellow researchers. “The collaborative environment within the department provides opportunities for a lot of new applications, and new paradigms of work,” he says of ISyE.

Li’s penchant for collaboration expanded to his student interactions as well. As part of one of his undergraduate courses, he encouraged his students to reach out to local businesses to find tangible applications for simulation modeling—a request that resulted in him sharing more than a few trips to local restaurants with some lucky students. This type of interaction resulted in Li being named the “Engineering Faculty who has the Most Positive Influence on Undergraduate Student Careers” by the College of Engineering in 2015. He also spent several years teaching courses in the college’s Interdisciplinary Professional Programs for working engineers. Of those students, Li says, “I learned a lot from them, too.”

After 30 years, Li retired to return to his home and family in China. He will continue his important work as a member of the industrial engineering department at Tsinghua University in Beijing. 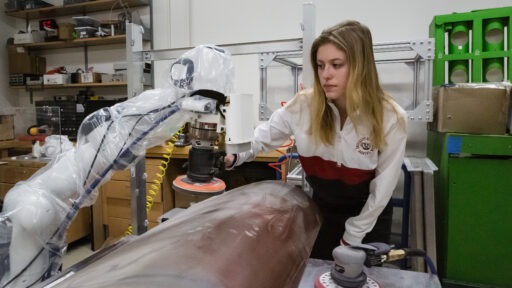 Personalized disease screenings for patients with chronic conditions could save lives, money