Computing will go through some major transitions in the near future as low-power, ultrafast, efficient technologies are developed to replace the silicon transistors that have enabled the first half century of the digital age. One of the most promising technologies is called spintronics, in which the intrinsic quantum spin state of an electron is used to control nanoscale transistors.

However, controlling spin, and the resulting magnetism, so precisely is challenging. That’s why researchers are looking at new types of materials that do a much better job of controlling magnetism at the nanoscale.

Scientists at the University of Wisconsin-Madison have for the first time developed an all-thin-film membrane composite of the relaxor-ferroelectric material lead magnesium niobate-lead titanate (PMN-PT) and ferromagnetic nickel that demonstrates an intrinsic coupling between voltage and spin. When they apply voltage to the structure, it rotates the spins of the nickel layer, a magnetoelectric effect important for spintronics. The extreme thinness of the structure allows the use of low-voltages. They described the advance in a paper published on Nov. 12, 2021 in the journal Science Advances.

Relaxor-ferroelectric materials like PMN-PT are highly piezoelectric. That means that when strain—like bending or squeezing—is applied to them, they create a little jolt of electricity, the same way piezoelectric lighters work. The opposite is also true; if electricity is applied to the material, it expands or contracts. If researchers paired them with another material whose magnetic characteristics change when strain is applied, they could precisely control the magnetism of these materials.

The problem is that when relaxor-ferroelectrics are shrunk into the thin films needed for today’s tiny electronics, they lose much of their piezoelectric properties. That’s because they are usually clamped to a thicker substrate that restricts their expansion and contraction. To get the full piezoelectric response those films must be completely free of their substrates.

“The idea is that we’re trying to either stretch out or compress this piezoelectric material,” says Mark Rzchowski, co-author and a professor of physics at UW-Madison. “For example, if you have a sheet of rubber, you can stretch it pretty easily. But if you glue it down to a piece of wood, you can’t stretch it anymore. That’s the same idea with PMN-PT. If it’s stuck to a substrate, you can’t compress it or expand it.”

To create the membrane, colleague Chang-Beom Eom, a professor of materials science and engineering at UW-Madison, used various techniques to create a heterostructure with extremely thin layers of strontium aluminate grown on top of strontium titanate. Then he layered on the piezoelectric PMN-PT and placed the multi-layered film in water, which etched away the strontium aluminate layer, leaving only a film of PMN-PT. He then coated it with a layer of nickel, creating a composite thin-film heterostructure of ferroelectric and ferromagnetic materials.

The intrinsic crystal properties of the PMN-PT shapes the stretching and compressing of the piezoelectric PMN-PT in a way required to strain the nickel layer so that its spins rotate in the plane. Rzchowski’s group used a tightly focused laser beam to detect the magnetic rotation by the Magneto-optic Kerr effect.

“We are using what are called giant piezoelectric materials,” say Eom. “With a very small voltage, you can get a very large strain.”

“If you tried to measure some small magnetic field that rotated the magnetization, then the device would sort of work backwards and deform the piezoelectric material to create a small, detectable voltage,” says Eom.

Evan Runnerstrom, program manager, U.S. Army Combat Capabilities Development Command Army Research Laboratory, which helped fund the research, says the approach has potential. “This result builds upon years of Army-funded research on coupled magnetic and electronic behaviors in complex oxide thin films, heterostructures, and bulk single crystals,” he says. “Here, Professors Eom and Rzchowski have shown that free-standing piezoelectric membranes combine the best of both worlds: the strain-free characteristics of single crystals, and the facile switching behavior of thin films. This opens a route to robust, fast, and low-power magnetic data storage, which would support the Army’s increasing computational and data storage needs for autonomous vehicles, sensors and communications platforms.”

Chang-Beom Eom is Raymond R. Holton Chair for Engineering and Theodore H. Geballe Professor in the Department of Materials Science and Engineering.

Other UW-Madison authors include Shane Lindeman, Julian Irwin, Kitae Eom and Jiamian Hu, Assistant Professor in the Department of Materials Science and Engineering.

G-Y Kim and S.Y. Choi of Pohang University of Science and Technology and B. Wang, J.J. Wang and L.Q. Chen of Pennsylvania State University also contributed to this paper. 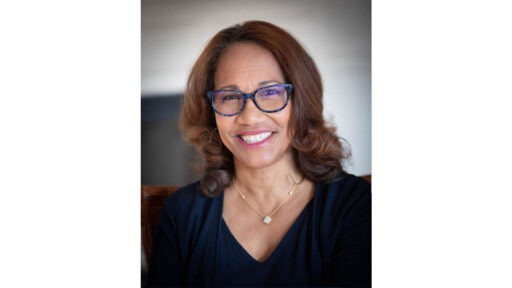 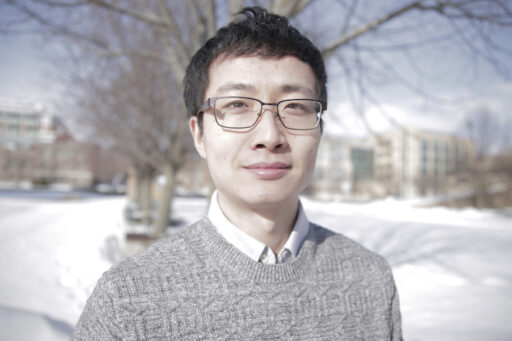