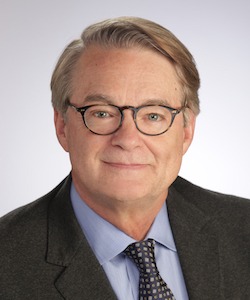 Peter is a mechanical engineer and humanitarian who is devoted to the principle that everyone deserves affordable, quality housing and who strives to build and maintain healthy communities.

How did your experience in the College of Engineering shape your career path?

College furthered my fascination with how things work. Over 11 years, initially, I worked for three industrial companies. I was in marketing and sales, because I was a people person. I also developed the ability to think critically, problem-solve, be organized, and not be afraid of challenges. I developed my work ethic. I really appreciate that, because I wouldn’t have come nearly as far without that discipline.

Who has played a big role in your professional life?

Back in about 1999, the resident leader of Cabrini-Green Homes was a woman, Cora, who probably was in her 60s and had grown up and lived in public housing. She was running an organization that consisted of residents of every building in Cabrini Green—about 3,500 apartments in about 20 buildings. Each building had a building president; all the building leaders would meet. Cora was living a very tough life, but also looking out for her residents. She and I hit it off, and she could see that I had the best interest of her residents at heart; I wasn’t there to just build something, take a profit and run—but I was going to stay in the community and help the families.

As a student, how did you spend your free time?

I was on the gymnastics team. And when I first came to the university, our workout facility was on the top floor of the Red Gym. I remember it being hotter than Hades up there. Then they built the Natatorium on the west end of campus, just beyond the dorms, and carved out a little corner of it for our gymnastics gym. I also ended up joining a fraternity and became president of that after a couple of years. Other than that, I had a lot of homework. I had a pretty full plate based on all that.

What are among your best memories from your time at UW-Madison?

The best memories were making friends in the dorm and in the fraternity house. In the dorm, I was in Kronshage Hall, and we had a couple of guys from Canada on the floor who were on the hockey team. I remember playing hockey in the in the hallway, which was certainly a no-no, and one of the Canadian guys did a slap shot that shattered the water fountain. It flooded the floor and we all ran back to our rooms. In the fraternity, we were in one of the houses right on the lake, and had our own pier. It was really fun being on the lake, hanging out at the Union and cruising State Street. There are a lot of memories that are really great.

My entire experience at Madison over a period of five years was a full experience with happiness, tears, achievement and stumbling. It prepared me for pretty good life.