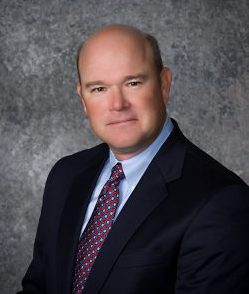 Each year, the College of Engineering recognizes outstanding alumni during Engineers’ Day—a celebration of engineers, held on Homecoming weekend. Kent Lorenz is among the engineers we will honor in 2018 at an Oct. 19 banquet.

For the better part of his career, Kent has worked in industrial robotics. His interest in applying emerging technologies enabled him to make significant contributions in advanced automated machining solutions. Starting as a sales engineer for Ellison Technologies in 1985, he ultimately became chairman and CEO of its spinoff, Acieta LLC, retiring in 2017. He now is the managing partner for a commercial real estate company and serves on numerous boards of public and private companies.

We are honoring Kent for his dedication as a leader whose efforts to advance industrial robotic automation have led to new and improved manufacturing processes. These advancements have helped to improve quality, lower costs and increase safety for North American manufacturers. Kent’s passion in industrial robotics has also inspired future generations of engineers through his work with Project Lead the Way and the Schools to Skills programs.

Is there a professional accomplishment of which you are most proud?

I was part of the Ellison Technologies senior management team consisting of three regional presidents and a CEO. We grew the company from $60 million to $650 million in revenue and expanded the workforce from 100 employees to almost 700 employees. We were a machine tool and industrial robotics engineering and integration company, providing CNC milling, turning and grinding solutions to North American manufacturers and their worldwide subsidiaries. There is no doubt that my engineering education provided me with the ability to meet with customers and apply complex technologies to provide solutions to their manufacturing challenges.

Why did you choose engineering?

In middle school, my family moved from Madison to Waukesha, Wisconsin. I went to Waukesha North High School and found that I really liked math. I took all of the electives that I could in math and physics. I distinctly remember sitting down with my high school physics teacher, Mr. Mitchell, during my junior year. He said, ”Have you ever considered a degree in engineering?” I said, ”No, not really. Tell me about it.” He said, ”Well, you’re really good at math and physics, and that’s what engineers do. So, I think you should look at UW-Madison’s engineering program.”

The other driver in selecting UW-Madison was that, due to my being a gymnast in high school, I was being recruited by the gymnastics coach at Madison. So, for my first three years, I was on the varsity gymnastics team, traveling and competing throughout the Big 10 for UW-Madison.

What is your fondest memory of your time at UW-Madison?

In the fall of 1983, Marching Band Director Michael Leckrone contacted the gymnastics coach and said, “We’re going to do a three-ring circus act for the halftime show. Could we get some gymnasts to come out on the field and be circus performers doing some tumbling, flips and handstands as part of our show?” I volunteered along with several other teammates. We performed on the field with the band at halftime, but the best part was the Fifth Quarter. When the band started playing after the game, one other gymnast and I ran back onto the field and to the north end zone and shimmied up the goalpost. As the Bud song began to play, we both simultaneously did handstands on the crossmember of the goalpost, while clapping our feet in rhythm to the song. The student section went wild!

There’s a lot of people that have had a hand in my career and my development. But certainly my father is number one. My dad and I are very close, and I have always used him as a sounding board for business and personal advice. I would also have to say Jim Ellison, who was the son of the founder of Ellison Technologies. Jim’s invitation to me to become an owner in the company in 1993 turned out to be life changing for my family and me personally.

What do you enjoy in your free time?

My wife, Abby, and I are pretty physically active. We snowshoe, cross-country and downhill ski, and snowmobile in the winter. In the summer, we’re involved in competitive water skiing. We also hike quite a bit, and we love to kayak. We basically try to do a fun, physical activity several days a week together. We are also both involved in a number of nonprofits, educational groups and charitable organizations. We feel it’s important to give back to your community in multiple ways to have a positive impact on others’ lives.