In 2016, the American Institute for Medical and Biological Engineering (AIMBE) named four UW-Madison engineering faculty members fellows of the institute. Their election places them in the top-2 percent of biomedical scientists working in the United States; to be part of this elite group of only 1,500 members of the AIMBE College of Fellows, researchers must demonstrate a commitment to embracing innovation in the service of improving the healthcare and safety of society.

The UW-Madison honorees include:

Lynn H. Matthias Professor and Vilas Distinguished Achievement Professor of Electrical and Computer Engineering Hongrui Jiang, selected for his biologically inspired approach to developing small-scale imaging systems. He says his election indicates a growing recognition for the value of research that crosses boundaries between fields.

Jiang recently published a paper in the Proceedings of the National Academy of Sciences (PNAS) describing an optical enhancer for low-light conditions made by mimicking the eyes of lobsters and elephantnosed fishes.

Associate Professor of Chemical and Biological Engineering and Spangler Faculty Fellow Jennifer Reed’s research also defies classification into a single silo. As a quantitative and systems biologist, she uses massive mathematical models to uncover new strategies for making useful chemicals with bacteria. Her work recently revealed that Escherichia coli bacteria potentially could be coaxed into synthesizing more than 50 commercially important compounds from the common sugar pyruvate in fewer than five chemical steps.

Nicholas Abbot, the John T. and Magdalen L. Sobota Professor, Hilldale Professor in chemical and biological engineering, researches the materials that make up and surround living cells. In a recent PNAS publication, Abbott and colleagues in the Department of Biochemistry and the Department of Mathematics developed a synthetic system to understand the interplays of forces that shape biological membranes in complex fluids.

Vilas Distinguished Achievement Professor of Biomedical Engineering Justin C. Williams investigates interfaces between brain tissue and technology. His research on neural prosthetics aims to develop assistive devices that users such as amputees can operate with the power of their minds. Williams was also recognized by the AIMBE for his commitment to education.

The four new elections bring the total number of UW-Madison faculty in the AIMBE College of Fellows to 26. 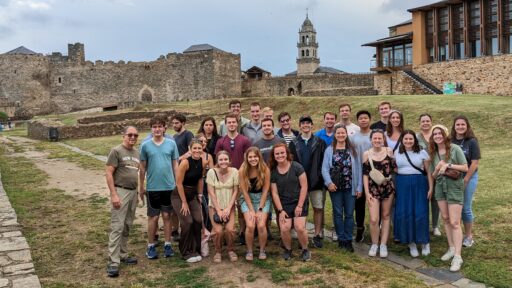