Genetic mutations, as the rise of SARS-CoV-2 variants is currently demonstrating, can cause major ripple effects, making a virus more infectious or resistant to drugs. To devise strategies to counter those genetic alterations, researchers can sequence the genome of the organism in question to track down a specific mutation.

But differences between cells among a population can also derive from sources other than their DNA, emerging from factors such as the ages of cells or what stage they’re at in the cell cycle.

And that nongenetic heterogeneity can also influence things like disease progression, stress tolerance and drug resistance.

“We can see this nongenetic heterogeneity, but what causes it is more poorly understood,” says Megan McClean, an assistant professor of biomedical engineering at the University of Wisconsin-Madison.

McClean hopes to illuminate one of the mechanisms behind nongenetic heterogeneity—and how that individual variation can affect traits and behaviors at the population level—through a National Science Foundation CAREER Award, while also preparing students to work on topics that intersect biology and engineering.

McClean will use the five-year, $629,896 grant to examine the role of transcription factors, proteins that regulate gene expression by controlling the transcription of DNA into RNA, in nongenetic heterogeneity among cells. To do so, she’ll study the influence of engineered, light-activated transcription factors in Saccharomyces cerevisiae, or brewer’s yeast. It’s an application of some of the optogenetic techniques and technology McClean’s lab has developed, using yeast as a model microbe, since she arrived at UW-Madison in 2015.

The project builds upon a 2017 study McClean conducted with Genetics Professor Audrey Gasch and a host of other UW-Madison colleagues. Now, in addition to more closely investigating the roles of specific transcription factors, McClean will quantify how gene expression shapes population-level growth and stress resistance.

Heterogeneity can also disrupt microbe performance in biotechnology applications, such as ethanol or pharmaceutical production. McClean says those are also examples of the kinds of promising solutions to global challenges that involve a combination of engineering and biology.

“But I think there’s still an opportunity for more advanced training right there in the sweet spot between the two,” she says.

That’s why, as part of her CAREER project, McClean plans to create a new advanced cellular engineering course for engineering undergraduates who are interested in biological applications and graduate students from both engineering and biological disciplines. She envisions guiding the students through modeling tools and analysis techniques that are frequently used at the interface of the two fields.

“There’s a lot of use in learning to quantitatively think about biological problems from that engineering perspective,” says McClean, who’s also exploring ways to deepen student learning by incorporating more writing assignments in her BME 330: Engineering Principles of Molecules, Cells and Tissues course. 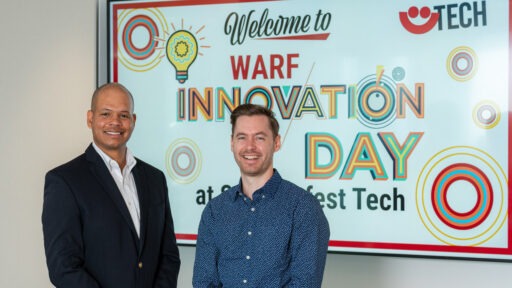