Nuclear Engineering Professor Emeritus Max W. Carbon passed away on June 23, 2021, at age 99. Renowned for advances in nuclear reactor safety and heat transfer, he was founding chair of the University of Wisconsin-Madison Department of Nuclear Engineering.

A native of Monon, Indiana, Carbon attended Purdue University, where he earned his bachelor’s degree in mechanical engineering in August 1943. After completing his undergraduate education, he joined the U.S. Army in 1943 as a corporal, and served in the ordnance department in New Guinea, the Philippines, and Japan. He retired to the U.S. Army Reserve in 1946 as a captain.

Following World War II, Carbon returned to Purdue to earn his master’s degree in 1947 and a PhD in 1949. While a graduate student, he held the DuPont Fellowship in mechanical engineering.

From February 1949 until September 1955, he worked at the General Electric Company’s Hanford Works in Richland, Washington, producing plutonium for atomic and hydrogen bombs used for national defense. His primary duty was as head of the heat transfer group, which was responsible for the safety analysis, operating limits and cooling technology that allowed for increased plutonium production and extended reactor lifetimes. As group head, he played a significant role in increasing production by a factor of four over design. Subsequently, he joined the Avco Manufacturing Corp. as head of its thermodynamics section, successfully designing the nose cone for the Titan Intercontinental Ballistic Missile.

In 1958, he came to the University of Wisconsin-Madison to establish a nuclear engineering program as part of a growing postwar research emphasis on designing better, more efficient nuclear power plants for generating electricity. In 1961, as the program grew, he became first chair of the Department of Nuclear Engineering; at second or third, its academic programs in nuclear engineering consistently ranked among the nation’s highest. During his tenure as chair, he led the department in establishing bachelor’s, master’s and PhD curricula, and he strongly supported the practice of “research teaching” (in which students learn research techniques and methods and how to study and work independently of an advisor) as a necessary complement to formal classroom instruction. He was one of the key advisors for undergraduates in nuclear engineering, and also supervised more than a dozen master’s and PhD students.

Carbon also recruited, hired and mentored top staff and faculty—among them, James Callen, Robert Conn, Raymond Fonck, Harold Forsen and Gerald Kulcinski, all of whom ultimately were named fellows of the National Academy of Engineering. Carbon also oversaw construction of the university’s research and training nuclear reactor, which achieved initial criticality in early 1961. He served as chair for 34 years until his retirement in 1992, as the department added plasma physics and engineering mechanics components to become today’s Department of Engineering Physics.

As a faculty member, Carbon helped to define, advance and champion the field of reactor safety and heat transfer, not only among the technical community, but also by educating members of the public about the importance of nuclear power. He headed a Ford Foundation project in Singapore from 1967 to 1968 aimed at developing engineering education programs at the college level and, in 1997, he authored the book, Nuclear Power: Villain or Victim? Our Most Misunderstood Source of Electricity. Written for nontechnical audiences, the book sets forth the benefits and risks of nuclear power. It now is in its fifth printing and has been translated into three other languages.

Carbon’s many honors include being named to Who’s Who in America in 1964. He was named a fellow of the American Nuclear Society in 1975 and was elected to the National Academy of Engineering in 2012 for his pioneering work in establishing engineering educational programs for nuclear reactor design and safety. He served on the Nuclear Regulatory Commission’s Advisory Committee on Reactor Safeguards for eight years and consulted for the nuclear power industry in several capacities throughout his career.

On the lighter side, Carbon enjoyed countless fishing trips to Canada and Alaska with friends and family members. Walleye and salmon were favorites. He and Phyllis, his wife of 76 years, traveled the world extensively, and were especially fond of countries in Asia, Australia, and New Zealand. In their later years, the two continued to enjoy annual vacations in Costa Rica (but not until after the Super Bowl game) and on the coast of Maine, eating lobster and blueberry and strawberry pies, and listening to crashing waves. The two were champion bridge and duplicate bridge players, and Carbon enjoyed cards of any sort with anyone bold enough to challenge him. He won the last game of rummy he ever played the day before he passed away.

Phyllis, whom Carbon met on a blind date and married in 1944, preceded him in death by one year. He was also preceded in death by his brothers, Clarence and Harry, and his sister, Doris Hamilton. His survivors include sons Ronald Carbon and David Carbon (Danhong Chen); his daughters Jean Dabel (John), Susan Carbon (Larry Berkson) and Janet Corradini (Michael); and 13 grandchildren and 12 great-grandchildren.

Carbon’s family will hold a memorial service of remembrance for him at Blackhawk Country Club in Shorewood Hills, Wisconsin, on Aug. 15, 2021, at 1 p.m. Gifts to honor his memory can be made to the Max Carbon Fund in the UW-Madison Department of Engineering Physics. 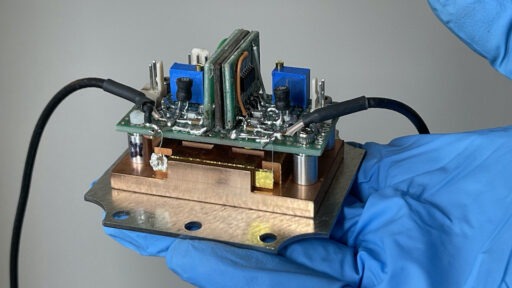