Unlike thousands of high school seniors today, Madeleine Wilson (BChE ’82) did not have to obsess over college application essays to attend the top-ranked University of Wisconsin-Madison.

As a matter of fact, she didn’t even have to obtain a high school diploma—thanks to slow mail, hard work and some measure of good luck. 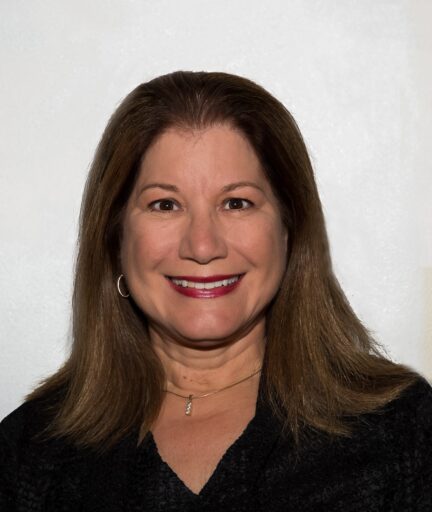 Back in the 1970s, as a high school junior in San German, Puerto Rico, Wilson (née Molini) stumbled upon an advertisement for the minority engineering summer program at UW-Madison and decided to apply on a whim, thinking she would only take one chemistry class a day and otherwise enjoy her summer by the Madison lakes. Little did she know she would end up in class from 8 a.m. to 5 p.m. every day for eight weeks straight, and—halfway through the program—be offered early admission that fall, as one of only a handful of high school juniors.

She may have been better prepared if the paperwork about her summer program had been sent from UW-Madison to Puerto Rico via airmail, rather than ground/ocean mail, giving her a chance to review some of its details—including the possibility of early admission—before she left home.

But 40 years after that eventful summer of 1977, Wilson says she would happily do it all over again since her chemical engineering degree from UW-Madison resulted in a successful 35-year career (and counting) at Abbott, a global manufacturer of pharmaceuticals, medical devices, diagnostics and nutrition products.

“With over 94,000 employees in more than 150 countries worldwide, the company offers such a diversity of positions that there has never been any reason to leave,” Wilson says.

Her time in Madison four decades ago spanned the whole range of today’s student experience: from favorite memories (orange custard chocolate chip ice cream from Babcock Dairy and Badger football games) and favorite class (thermodynamics by Professor Charles Hill) to getting used to winter (“pretty tough for someone coming from the Caribbean”) and suffering from bouts of anxiety.

That anxiety was due to feeling a great deal of pressure to succeed, given her financial dependence on a scholarship and the fact that she started college at age 17 without a high school diploma in hand. “But every time I thought about quitting chemical engineering and going into something else, I couldn’t think of any other job I wanted to do,” Wilson says. “So I just decided to buckle down and finish it and was grateful for the many times my parents told me not to give up because I had a bad day or two.”

Later in life, she gave that same support to her own children, especially her younger son who studied mechanical engineering at the University of Delaware and also made a few anxious calls home before completing his degree in 2015. Today, he’s a mechanical engineer and can’t imagine doing anything else either, Wilson says. Her daughter received an academic scholarship to attend the University of Delaware and will graduate with a degree in marine sciences in May 2018.

Another fond memory of Wilson’s time in Madison are phone calls with her dad, a PhD chemical engineer who taught at the University of Puerto Rico at Mayagüez, after retiring from a long career in industry.

“I was taking the same classes that my dad was teaching down there,” Wilson recalls. “Every Friday, we would compare syllabi to see how similar the chemical engineering curriculum had been that week in Madison and Mayagüez. It was so much fun!”

Like many fellow alumni, Wilson credits Summer Lab, a special tradition for chemical engineering undergraduates, with much more than learning how to analyze the experimental data the students generated in the basement lab of Engineering Hall.

“We had to write many reports which were graded very critically, so it was really the department’s way of preparing us for industry and other careers,” Wilson says. “As exhausting as it was at the time, when I looked back on it later, I realized that it was excellent in that regard.”

Wilson chose chemical engineering because she loved chemistry in high school, but wanted a career that did not require graduate school or being stuck in the lab all day. At Abbott, her current position as the director of global contract manufacturing for pharmaceuticals involves a great deal of travel around the world, close relationships with the company’s legal team, and a detailed knowledge of the differences between the United States Food and Drug Administration and its counterparts in other countries.

“Chemical experiments and process/project engineering disappeared from my job description long ago, but I use my knowledge of the basic foundations of chemistry and chemical engineering every day,” Wilson says. “My current position is the culmination of all my professional experiences and the training I received in college on how to think analytically, collect data and make good decisions based on that data.”

Whenever Wilson returns to Madison, she is struck anew by the beauty of its campus and its stunning location right between two lakes. Grateful for the technology that shrinks the distance between people scattered all over the country, she has kept in touch with several friends she made at UW-Madison: from the maid of honor at her wedding to the group of chemical engineers who celebrated their 30-year reunion in Madison five years ago.

And she will never stop being a red-clad Wisconsin fan—not even at a football game vs. the Northwestern Wildcats held during parents’ weekend at Purdue University, where her oldest son went to school.

“My son was wearing his Boilermakers gear, my husband his Wildcats sweatshirt, and I showed off my Badger pride, so when people looked at us funny, I said we were a Big Ten family,” Wilson laughs. “Once a Badger, always a Badger—some things just stick with you for life!”