As the University of Wisconsin–Madison continues to gain recognition for fueling Wisconsin’s high-technology economy, we wondered what some pioneers had learned during their transition from scientist to corporate leader. Three experienced entrepreneurs with UW–Madison engineering roots shared the cardinal lessons they learned as university-based entrepreneurs. 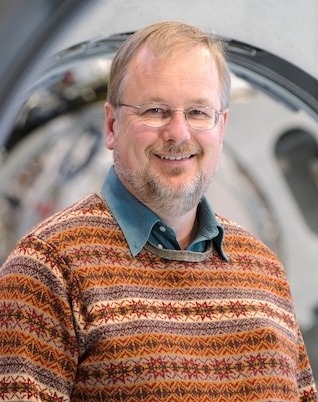 Thomas “Rock” Mackie, an emeritus professor of medical physics, biomedical engineering and engineering physics, is chief innovation officer at UW Health. His startups include a radiation treatment planning firm that was acquired by Philips Medical Systems, and TomoTherapy, whose innovative treatment machine is still being made by Accuray, Inc. In 2015, Accuray had 266 employees at the Madison factory that makes TomoTherapy equipment. Mackie is also involved in four other Madison-area startups.

Q: What is your key wisdom from the startup realm?

A: If you don’t have experience in business, make sure you have a good business team, and a good CEO. Modern accelerators and incubators focus on removing risk and teaching something about the business world. They are useful, but often are too short.

At a minimum, your business leader has worked in a company, and is ready to step up to be CEO. They could be from the engineering team, but if you need to raise a lot of money right away, hire someone who has raised money as CEO of a startup. Without this knowledge and experience, you will be incurring too much business risk.

Greg Piefer earned a PhD in engineering physics before starting Phoenix LLC in Madison to manufacture his invention, a fusion-based neutron accelerator. He then started SHINE Medical Technologies in Janesville to make an isotope needed in about 20 million scans annually for heart disease and cancer. On May 9, 2019, SHINE broke ground on a factory to produce one-third of the world’s demand for this isotope, molybdenum-99.

Q: You are on your second high-tech startup. What’s the most important thing you have learned?

A: It’s just how much you depend on other people. When I started Phoenix, it was a one-man shop, and it was big a transition to where I am now: entirely dependent on other people.

So you need good people who are with you, who have bought the vision, who have your back. Are they fighting for the dream, the bigger picture, or looking out for themselves?

I miss playing on the hardware, but as leader, you can multiply by so many times what you are able to accomplish. I have very ambitious visions that I may not achieve in my lifetime, but there is no way in hell I could get them done in my lifetime by myself.

Ankit Agarwal founded Imbed Biosciences in Fitchburg in 2010 to make a next-generation wound care product. MicroLyte Ag contains a low but effective dose of antibacterial silver on a backing that is absorbed into the wound, eliminating painful bandage removal. In concert with physicians and scientists at UW–Madison, Agarwal started developing MicroLyte while earning a PhD in chemical and biological engineering at UW–Madison.

Q: What is the critical lesson you learned in the 10 years you spent developing the advanced wound care system?

A: The most important thing is not to run out of money. People can spend a lot of time and money perfecting the product or building up production capacity, but you can run out of money that way. Instead, do things that will help you raise enough money to make the next step. We made what is called the “minimum viable product” that was sufficient to get approval by the FDA. That was a big inflection point that enabled us to raise more money to improve our product and production.

From there, our strategy was to get into the hands of physicians in outpatient clinics, who became champions for our product to get into the formulary at those hospital systems. MicroLyte is now available to all physicians in several hospital systems, which enables us to raise more money. We have 12 employees, and are in the process of hiring five salespeople. That’s satisfying, but what’s more satisfying is that patients call us every day, telling us we helped cure a wound that had not healed for years.