Key in a massive number of chemical reactions that create useful products in industries as wide-ranging as energy, transportation, food, pharmaceuticals and beyond, catalysts speed up a substance’s transformation into a product while remaining unchanged themselves.

Many effective catalysts are precious metals such as gold—and the demand for these materials has driven up their cost. It’s also prompted researchers to pursue ways to do more with less. 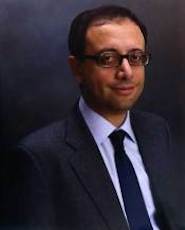 Now, two advances in catalysis at the atomic level could help make that conversion process much more efficient and also less expensive.

In the first, a team of University of Wisconsin-Madison chemical engineers has developed algorithms that precisely identify an atom’s fastest path across the asymmetrical surface of a nanocluster catalyst. For years, researchers have chosen those paths—for example, the shortest routes—based on intuition alone.

In reality, an atom zig-zags across these catalysts so that at each next step, it requires the least amount of energy to move forward, says Manos Mavrikakis, a professor of chemical and biological engineering at UW-Madison who led the research.

There are no experimental methods that track the movement of single reactant atoms on highly asymmetric clusters like these, and that’s why the Mavrikakis group’s computational chemistry expertise was crucial. “Now all of this is automated,” he says. “It’s revealing the secrets of nature at these atomic-scale dimensions.”

This new information is important because it can help researchers design, with certainty, catalysts that perform their work as efficiently as possible. The understanding also can translate to other fields. “We’ve now developed the tools that allow us to automate the discovery of other minimum-energy processes relevant to several practical applications—going well beyond catalysis—such as the motion of ions in solids,” says Mavrikakis.

He and his group published details of the research in October 2019 in the journal Nature Computational Materials.

Mavrikakis and his students also applied their computational chemistry expertise to understanding the reaction mechanisms of a new class of catalytic materials discovered by collaborator Maria Flytzani-Stephanopoulos at Tufts University. She and her students created single-atom gold catalysts using a green, single-step method that prevents the gold atoms from clumping together on their support structure. The resulting catalysts can efficiently perform reactions known as carbon-carbon coupling, which are important in synthesizing chemicals for applications ranging from fuels to chemicals and pharmaceuticals. In experiments, the Flytzani-Stephanopoulos group used those catalysts to upgrade methanol molecules to methyl formate and hydrogen at temperatures below 180 degrees Celsius.

There are no experimental methods that allow researchers to observe catalysis at the atomic level in real time, so expertise in computational modeling using quantum mechanics again was critical. Through their work, Mavrikakis and his group revealed the sequence of atomic bond-breaking and bond-making events that drove the entire catalytic process.

Known as an oxocluster, the Tufts catalyst has at its center a single atom of gold, decorated with oxygen and alkali atoms. Mavrikakis and his students discovered that exposure to a reactant brings about key changes in the catalyst. “Through our computational chemistry work, you can see that the cluster reconstructs at the reaction coordinate so that at the critical point, gold is exposed to the reactive environment,” he says. “When it delivers the product, it returns to its original state until the next reactant molecule comes. The cluster is like a breathing entity that responds to the chemical and thermal environment.”

As researchers inch closer to harnessing the power of single-atom catalysts—where every atom is exposed to the reactive environment—this research advances understanding of how reactions occur differently at the individual atom level than they do on larger nanoparticles containing hundreds of atoms of the same material. “It opens new possibilities for further exploring the new class of materials Maria discovered,” says Mavrikakis.

The team, also which included collaborators at Stony Brook University, Argonne National Laboratory and Oak Ridge National Laboratory, published details of this work in October 2019 in the journal Nature Chemistry. In addition to Mavrikakis, who is the Paul A. Elfers Professor, James A. Dumesic Professor, and Vilas Distinguished Achievement Professor in chemical and biological engineering, UW-Madison contributors to the work included equal co-author Ahmed Elnabawy, and Sha Li and Florian Göltl.

Contributors to the Nature Computational Materials paper were from UW-Madison. In addition to Mavrikakis, they included equal co-author Tibor Szilvasi and Benjamin Chen.

The UW-Madison work for both publications was funded by the U.S. Department of Energy-Basic Energy Sciences; Office of Chemical Sciences, Catalysis Science Program, Grant DE-FG02-05ER15731.

“Recyclopedia” will bring researchers up to speed on plastic waste recycling