As dean of the University of Wisconsin-Madison College of Engineering, John G. Bollinger sought to create a dynamic, innovative educational community. Those who knew Bollinger well describe him as a team-builder who fostered a collaborative spirit among colleagues.

He had many ideas for improving the college and was known for being generous with them. “His style is very much to throw ideas out there, to kind of shoot from the hip,” said former colleague Neil Duffie in a 1999 interview. “He would leave it up to colleagues to throw out the bad ones and capitalize on the good ones.”

When Bollinger assumed his role as dean in 1981, the college was at a crossroads. Enrollment had ballooned to more than 5,000 undergraduate majors and classrooms often were so overloaded that students frequently spilled over into window wells during lectures.

With characteristic exuberance, Bollinger set about reinventing the undergraduate experience, reducing enrollment to preserve the quality of the students’ education, while at the same time, increasing the number of graduate students to strengthen the college’s impact in research.

Bollinger believed that creativity and teamwork are essential to engineering, and stabilizing the college’s enrollment issues allow him to focus on making the college, in his words, “a competitive and exciting place to be.” He sought to give students resources so they could become entrepreneurs and infused the college with team-based extracurricular opportunities—among them at the time, the Future Car competition, Concrete Canoe competition and Schoofs Prize for Creativity—to supplement students’ very theoretical classroom education.

It might come as no surprise that long before he ever became dean, Bollinger was a champion for the College of Engineering.

In spring 1955, when Bollinger himself was a mechanical engineering undergraduate, there was a large coal heap adjacent to one of the engineering buildings. It was an eyesore that Bollinger couldn’t stand, so he spearheaded an effort to get the heap removed. He started a one-man petition drive and delivered the petition with hundreds of signatures to then-Dean Kurt F. Wendt before summer break. The following semester, the heap was gone.

In addition to a bachelor’s degree (1957), Bollinger also earned his PhD from UW-Madison (as well as a master’s degree in mechanical engineering from Cornell University in 1958), and served as a professor of mechanical engineering from 1961 until his retirement in 2000. In his research, Bollinger specialized in robotics; his 1963 invention of a robotic welder capable of controlling motion in five directions helped Milwaukee’s A.O. Smith Company revolutionize automobile frame manufacturing.

He also researched industrial noise control—and as chair of the Department of Mechanical Engineering he applied that research to his office, converting one of its walls into a sound-absorbing panel to muffle a cacophony of construction from University Avenue. He earned numerous honors for his research—among them, he was selected twice as a Fulbright Fellow and was elected fellow of the National Academy of Engineering.

In retirement, Bollinger remained active in engineering, but he and his wife, Heidi, also took time to pursue their shared passion for sailing (he was a founding member of the university’s Hoofers Sailing Team in 1954), investing in a larger boat with comfortable living quarters for longer ocean journeys. In fact, as a nod to that love of sailing, the multistory south-facing windowed atrium of the Engineering Centers Building evokes the shape of a ship’s prow.

He was no garden-variety dean.

Read his obituary on legacy.com. 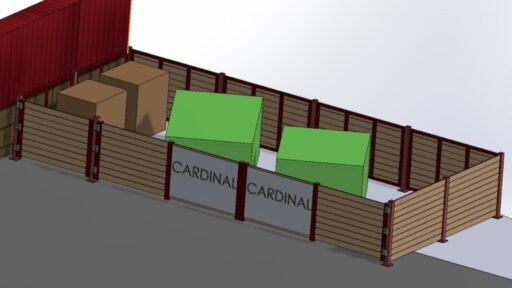